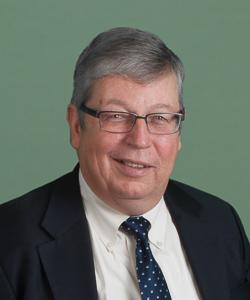 Jeff is a frequent presenter for PG Calc’s popular Webinar series. He plays a critical role in supporting PG Calc’s clients in their use of Planned Giving Manager as the lead trainer on use of the bestselling gift proposal software. Jeff recently completed a term as chair of the Partnership for Philanthropic Planning, and is widely recognized as an industry leader.

Jeff practiced law for 6 years with the Cleveland-based law firm of Thompson, Hine and Flory in its Cincinnati office. His planned giving career began in 1995, when he started as Assistant Director of Planned Giving at The Cleveland Clinic Foundation. He served in a similar capacity at the Cleveland Foundation.

Jeff is a sought-after speaker for national, regional and local planned giving groups. presenting on a wide variety of estate planning and gift planning topics. In addition to his service as chair for the Partnership for Philanthropic Planning, he sits on the organization's board. He is the former programming chair for the Planned Giving Group of New England. He is a member of the Greater Cincinnati Planned Giving Council. Jeff has a BA in American Studies from Kent State University and a JD from Case Western Reserve School of Law.